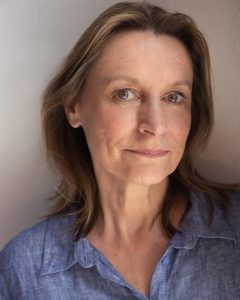 As an actress I have enjoyed working with many theatre companies, (Repertory in Hull, Ipswich, Eye Theatre, West End, Soho Theatre and loads of fringe theatre (Old Red Lion and The Colour House Theatre) plus some lovely Channel 4 children films, tv, film and corporate companies and I always look forward to the next job with excitement.

I am currently represented by Artistes Collective – www.artistescollective.org – We are a thriving professional collective agency including actors, directors and writers. Please contact Eki Maria at info@artistescollective.com if you would like to see me for castings.

See below a link to Spotlight (with showreel) for my acting credentials.

My short film Between the Tides (writer/director/actor/producer) and filmed by Ioannis Crouch.

Up to April 2022 my film has been awarded 13 laurels – Nominated for 4 Best First Filmmaker awards, 3 Finalist and Winner of Best Drama. Some of the festivals are – Screen Power Film Festival (London), World Indie Film Awards, AIRFLIX Film Festival and Paris Women’s Film Festival.

I have also been working on ‘Georgina and Summer’ a 4 episode Youtube comedy/drama filmed via Zoom during Lockdown about two very different friends who have re-established their friendship after 8 years. Written and devised by Valerie Dent and Lisa Rose. The trailer below is winning awards on Film Festivals. A TV pilot is now being developed.

Please confirm, if you accept my tracking cookies. You can also decline the tracking, so you can continue to visit my website without any data sent to third party services. Further information can be found in my Privacy Policy